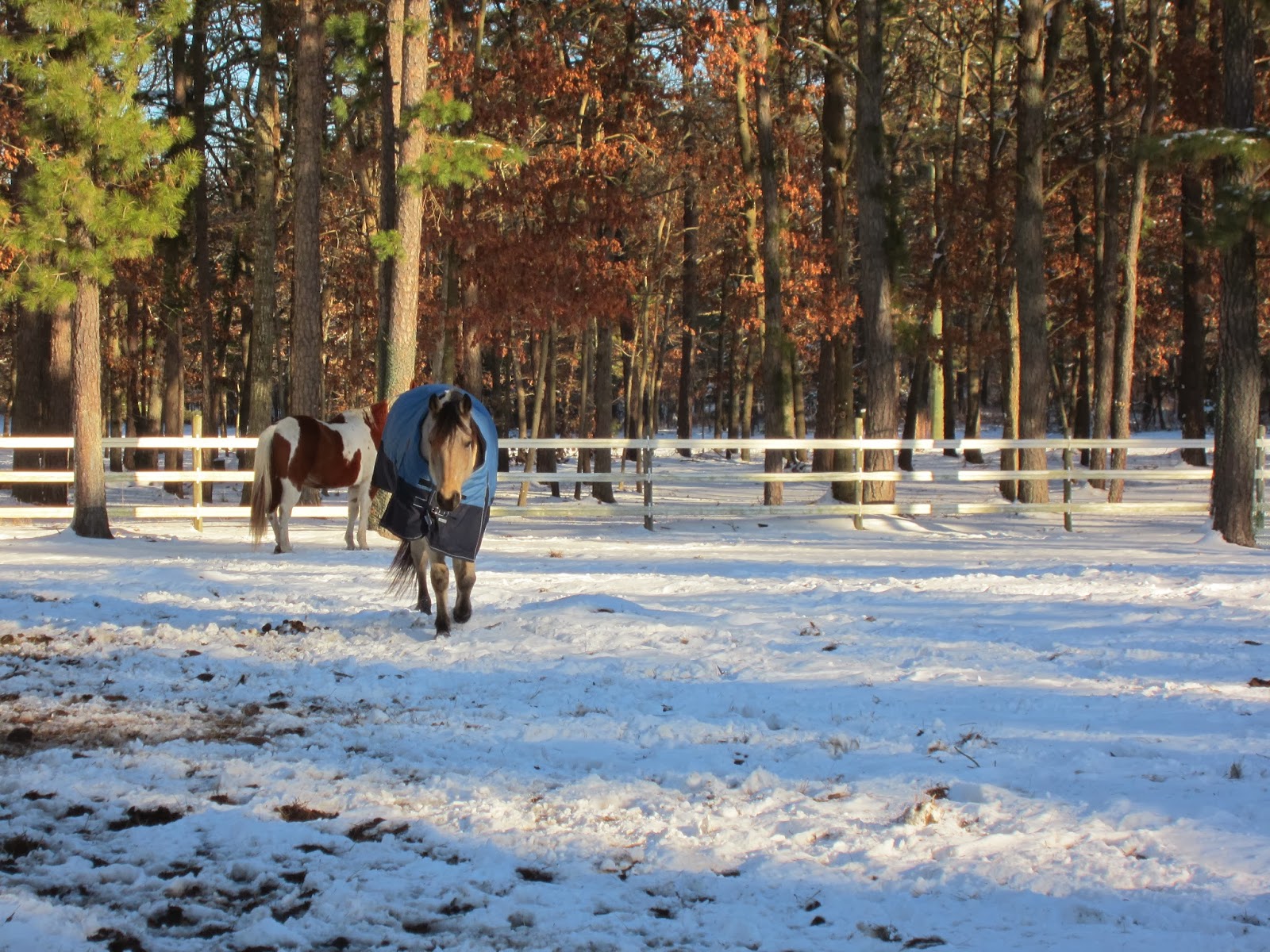 Do you have one (or three)?

I never used to, in fact, I didn't own a blanket of any kind for the first several years of horse ownership.  My horse grew a warm coat and none of the other horses were blanketed, so mine followed suit.  When I did finally buy a winter blanket for Harley, he only wore it at night and the temperatures were rarely below twenty degrees Fahrenheit.  He wore the blanket to help him maintain weight.  I never actually saw him shiver or show signs of being cold.  The plan worked very well and that blanket is going on its third season.

However, this year I got an itch. I felt the need to buy a second blanket.  Maybe it was because this blanket is getting on in years.  Maybe it was my need to make Harley feel better in a time in his life when he is not "healthy as a horse".  Whatever it was, I bought a second blanket somewhat on impulse and kept it, unopened, in my dining room.  I wasn't sure if I would use it this year, but that was fine with me.

Then in mid-December when we had some crazy-low temperatures (5 degrees Fahrenheit) and an impending winter storm, my barn owner approached me about the dropping temperatures and what I wanted done with Harley.  I gleefully exclaimed that I HAD a second blanket!

So the backup blanket was hung on his door in preparation for the bitter, upcoming night.  The idea was that he would wear BOTH blankets.

The coldest of nights arrived and I slept soundly knowing my horse was warm in his two blankets.  The next morning I drove out to see him and gawked at how handsome he looked in his new blanket, but when I got a little closer I realized something...

...he was only wearing one blanket.


That was odd.  What happened to the other blanket?

I found it in the barn and could hardly believe my eyes.  Ice lined the bottom edge of the blanket where water had run down the blanket and frozen in place before leaving the surface of the blanket.  The blanket could almost stand up by itself!


I am happy to report that the waterproofing held up and Harley was dry under his ice blanket.  He also did just fine with one, ice-free blanket.  I had never seen anything like that before (I guess I have been lucky).  Thank goodness for backup blankets!