Upon publication of this post, I will have improved my posting frequency from last year by 300%. 😉 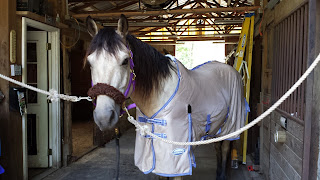 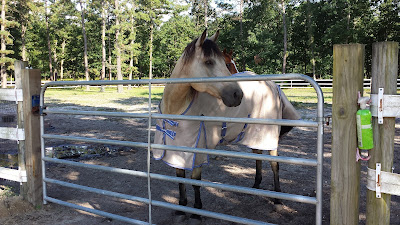 No after pictures, but the fly sheet lasted less than 24 hours before suffering a critical tear. At least I bought it on sale!

The very next week, the flies became so bad that my horse would not leave the shed to eat his dinner.  A horse not eating is a serious matter, as all horse people know.  When I came to his rescue, he was in the shed, stomping in a frenzy, and covered in flies that would not budge. He had a bloody scrape above his left eye, probably from biting at flies and accidentally banging into something. I even had to call the vet's emergency number, because I was not sure if he needed stitches. Thankfully, he did not. Poor guy.

I have never seen anything like it. All the horses on the farm were in distress and we ended up putting them in the barn.  So all our free-range horses very happily traded their paddocks for a break from the biting pests. Harley ate his dinner and I went home to purchase more fly gear. 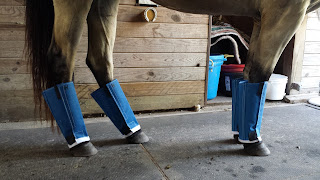 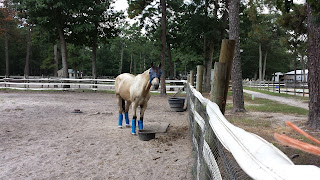 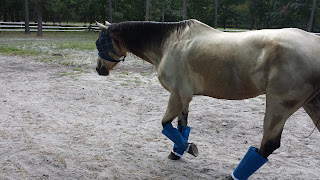 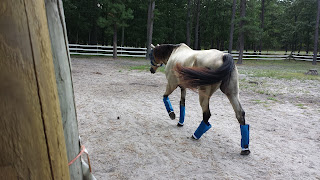 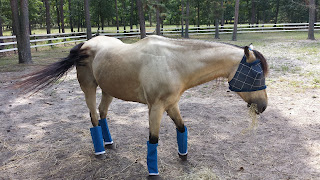 Wow!  The shoo flies are awesome. They really work. Four horses on the farm are using them and their comfort level is so much higher than before. The flies stay off their lower legs, the leggings do not rub, and they are very lightweight and airy. Stomping is so much less!  Harley has had to grow out hoof wall cracks from stomping for the past two summers. It took months and I had to trim his feet very often to prevent the cracks from worsening. I am hopeful that the shoo flies will prevent that problem this year. So far, so good! 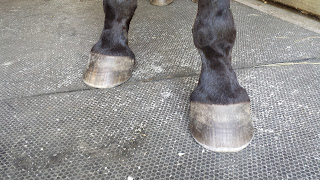 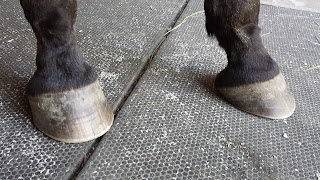 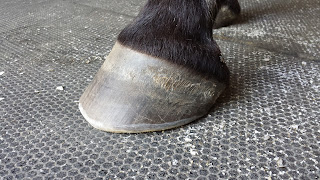 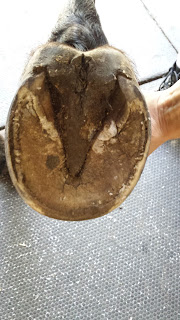 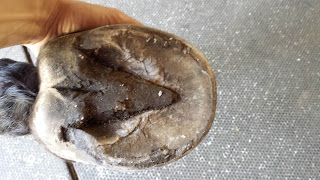 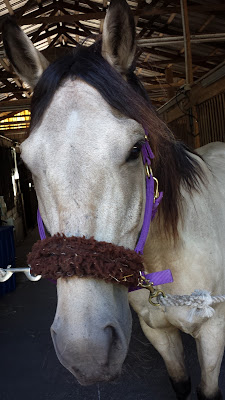 I actually got to ride my horse several times since my last post. It was heaven! Despite how infrequently we "work", Harley is still the same horse. Loves to ride and his memory is fantastic. Even though he should be unfit for serious dressage work, he doesn't feel that way. In fact, my trainer came to New Jersey all the way from Oregon and we had a lesson with her. Harley offered to canter during some of the exercises, so we went with it and he did great. It was fantastic to review some of the biomechanics priciples that she teaches and to have a horse that was happy to move out and participate. I am seriously spoiled with this horse. He still amazes me and we are approaching our 10-year gotcha anniversary. 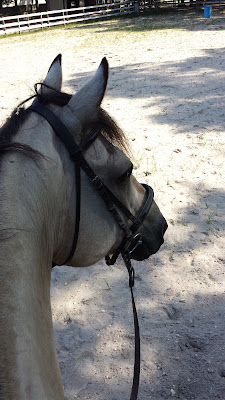 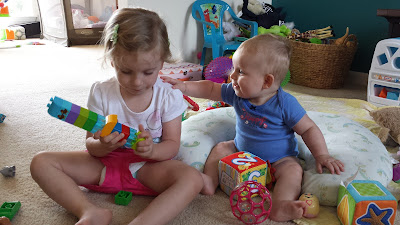 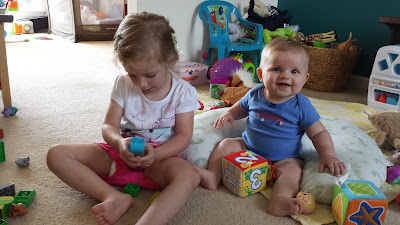 I cannot resist a few kiddo pictures. I am back to work this week (and back on the pumping to feed my baby train) and they are starting preschool and daycare. We had an amazing seven months together. I can hardly believe everything that we did and all the changes that both of them went through in the past half year. It was so much work and endlessly challenging, but I will miss spending all day with them very much. At least I am in an occupation that allows me a great deal of time with them after work and during the year.
Posted by Val at 8/28/2016 08:33:00 PM